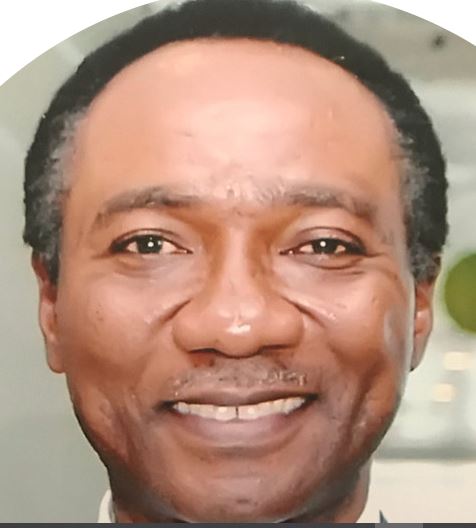 Jude Ehiabhi Okohue obtained his Bachelor of Medicine and Surgery degree from the University of Benin in 1996/1997. He went further for his residency training in Obstetrics and Gynaecology at UBTH, Benin City, where he obtained the Fellowship of both the National Postgraduate Medical College of Nigeria and the West African College of Surgeons. Professor Okohue holds a diploma and a fellowship certificate in Minimal Access Surgery, obtained from the World Laparoscopy Hospital and the European Society of Gynaecological Endoscopy (ESGE) respectively. He equally holds a certificate in Ultrasound scan. For winning the Majekodunmi young scientists award in 2007, Professor Okohue was the first Nigerian recipient of the SOGON/Nordic Society of Obstetrics and Gynaecology twinning programme, with a sponsorship to Denmark. His other laurels include: . Best result in the Ebute Metta Schools’ Management Board exams in 1983 . Best WASC result at St. Finbarr’s College in 1988 . Best Youth Corper, Plateau State NYSC in 1998 . Best Registrar in Obs and Gyn in UBTH in 2001. . Winner of the Laparoscopy challenge in Budapest, Hungary in 2015 He represents West Africa on the board of the Global Congress on Hysteroscopy, in Barcelona, Spain. Professor Okohue runs a successful IVF/Minimal Access Surgery unit in Port Harcourt. He has published over 30 articles in several international indexed journals, contributed chapters to over 12 internationally acclaimed textbooks, including lead Editor in the about to be published Textbook of Gynaecological Endoscopy by Springer. Prof. Okohue was the African representative in the recently published guidelines in the JMIG on safe Hysteroscopy practice during the covid-19 pandemic. He has had several invitations by leading international organisations including the American Association of Gynaecological Laparoscopists, Hysmena in Dubai, SOGON, International Hysteroscopy Conference, IFFS, AFRH to mention but a few, as faculty. He is happily married with children

Establishing a low-budget hysteroscopy unit in a resource-poor setting.

Objective: To report our experience in establishing a low-budget hysteroscopy unit in the Niger Delta Region of Nigeria over
a 7-year period.
Materials and Methods: A retrospective descriptive study carried out between April 1, 2010, and March 31, 2017. Transaction
receipts for the hysteroscopic equipment were retrieved. Situations where we had to improvise were documented. Patients’ case
files were retrieved, and relevant data were extracted.
Results: A cart was made by a technician; home television sets served as monitors. A back-up, handheld LED light source
was used. The hysteroscopic forceps and scissors were detachable versions. Sterile urine bags were improvised for providing
larger saline infusions for bipolar resections. A total of 1002 hysteroscopic procedures were performed. Majority of the patients
(979 or 97.70%) presented with infertility. The most common indication for hysteroscopy was intrauterine adhesions (401 or
40.01%). While 765 (76.35%) operative hysteroscopies were performed, 237 (23.65%) were diagnostic. The most common
surgical procedure performed was intrauterine adhesiolysis (483 or 63.14%). There were 4 (0.40%) cases of inadvertent uterine
perforation and one case (0.10%) of glycine distension fluid overload.
Conclusion: Hysteroscopy with acceptable results is possible in a resource-poor setting using numerous innovative ways to
circumvent the need for some of the expensive equipment.