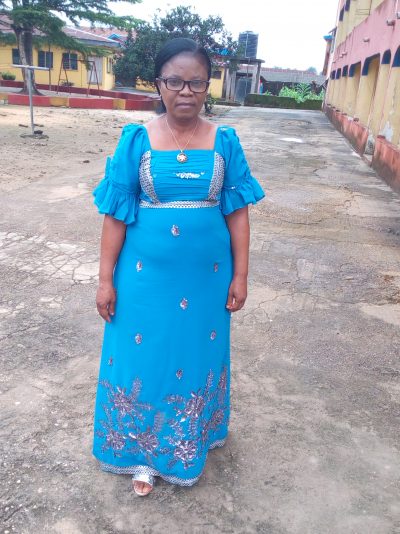 Gbaduo Celestina Chingere, anurse by profession. Studied in School of Nursing Mbano Joit Hospital Mbano IMO State and School of Midwifery Abriba Abia State. She is a registered Nurse and Midwife. Had her first degree in Nursing Administration (B.SC) and Nursing Science all in IMO state University. Had PGD in Public health and MPH in Public health and currently doing her PhD in Public health In IMO state University Owerri. Worked as Cief Nursing Officer in charge of Obstetrics and Gynecology from 2006 to 2009 and as an Assistant Director of Nursing Services from 2009 to 2014 and as an Acting Director of Nursing from 2014 to Nov 2015, all in Madonna university Teaching Hospital Elele Rivers State. Currently as a lecturer II in Madonna university, Nigeria Public health Department. Born in 29 the September 19666, fromUmunakanu Owere Ehime Mbano IMO state Nigeria.