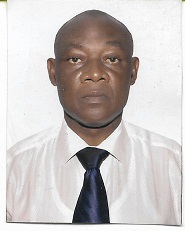 Dr. of Banking and Finance

Dr. Tony Nkemakolam has over 26 years working experience, a significant part of which was in the banking industry. He was until February 2016, the Assistant General Manager/Zonal Business Head Personal Banking South East Ecobank. He was the Best Area Manager Ecobank Nigeria with over 500 branches in 2014. He was also the Zonal Head Anambra State Oceanic Bank Plc from 2009 – 2011. Between 2007 – 2008, he was the Regional Manager Okota/Isolo Lagos of Oceanic Bank. He also worked in Citizen’s Bank and Nigerian Arab Bank. Dr. Tony attended several management training programs including the Leadership Program at INSEAD in France. He is an Honorary Senior Member, the Chartered Institute of bankers of Nigeria.

Tony became a member of the Knight of St. John International Catholic Church (KSJI) in 1997 and in 1999. He was appointed Justice of Peace (JP) by Imo State Government.

Currently, he is a lecture in Madonna University Nigeria Okija Campus and the Head of Department, Banking and Finance 2017 till date.

A textbook which centres on banking reforms that will strengthen and enhance sound financial system, prevents bank failures and protect depositor’s funds.

The Effects of Ownership, Structure on dividend policy of listed firms in Nigeria

Effect of Board Ownership Structure on Bank Performance in Nigeria

The study empirically examines the relationship between ownership structure and bank performance for the period of 2006-2014.
The study adopted secondary data obtained from annual report of the banks, publications of the Central Bank of Nigeria and Nigerian Stock exchange annual report and Facebook. The study recommends that Board members should be encouraged to earn more stakes in the ownership structure of the banks as it is positively related with performance.