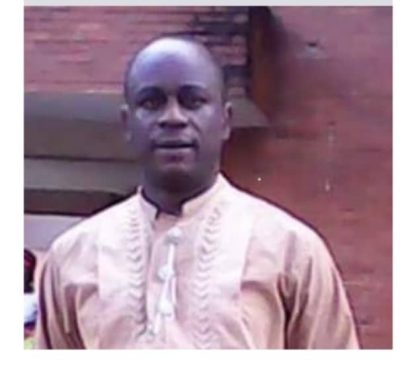 Dr. Okuma, N. Camillus is from Ihiala in Ihiala Local Government Area of Anambra State, Nigeria. He possesses OND (Upper Credit) from Federal Polytechnic Oko, B.Sc (second class upper) from UNN, MBA from Nnamdi Azikiwe University, Awka, Anambra State. Dr. Okuma N.C got his Ph.D in banking and finance in 2018 from Chukwuemeka Odumegwu Ojukwu University, Igbariam, Anambra State. His first working experience was at UBA PLC Calabar branch where he worked as a Youth Corp member in 1999 and immediately after the service, he joined academics and precisely with Madonna University as a graduate Assistant Lecturer in the department of banking and finance in 2001. In 2003, he was promoted to Assistant Lecturer, in 2010 he was promoted to Lecturer 1and in 2018 to Senior Lecturer in Banking and Finance Department. Some of his administrative experience in the university are, Head of the Department of Banking and Finance from 2013 to 2016, member, Standing Committee on Time Table from 2013 to 2015. Dr. Okuma, N.C was also made the coordinator of the Post Graduate Program and departmental PG Board secretary, both in 2018 and he holds these positions to date. Madonna University Nigeria came into active operation in 1999 as the first private University in Nigeria and the first Catholic University in West Africa, the University since after its inception has remained a pacesetter not only for private Universities but also for the government-owned institutions and this is based on its Motto “Decency in Education and Morals” Dr. Okuma”s long stay with this unique institution is never by chance rather it is because of his hard work and dedication to his responsibilities. He was giving a LONG SERVICE MERITORIOUS AWARD in 2009 by the Madonna University Alumni Association (MUAA). He is disciplined in academia, an erudite scholar who is interested in research and he works conscientiously. Above all, he is a Christian with the catholic faith.