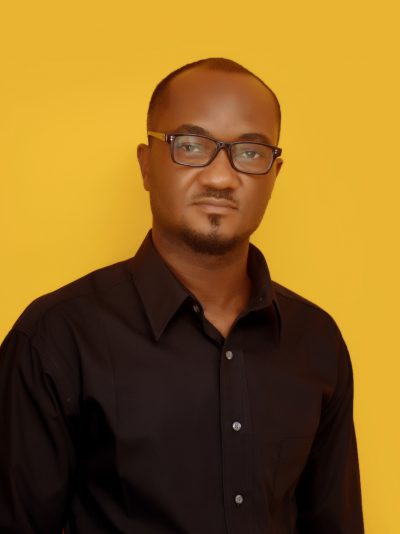 Ifenna Ilechukwu has been a lecturer in the Industrial Chemistry Department of Madonna University, Nigeria since 2014 where he teaches environmental and analytical Chemistry. He was a research intern in the Environment Department of Shell Petroleum Development Company (SPDC) Port Harcourt, Nigeria between 2013-2014. His research interest is in applying analytical methods to determine the sources and fate of organic pollutants in the aquatic environment. His works on organic pollutants include investigation of the occurrence of microplastics in marine environment (Lagos beaches) and Usuma dam in Abuja. He has also worked on microplastic ingestion by fishes in Niger Delta river.

Usuma Dam is the major source of potable water in the Federal Capital Territory, Abuja, Nigeria. The physicochemical properties of water and sediment of the dam was assessed in this study to determine its quality. Electrical conductivity, pH, nitrate, phosphate, total dissolved solids, total suspended solids, turbidity, dissolved oxygen, biochemical oxygen demand, chemical oxygen demand, chloride, total hardness, phosphate, nitrate and sulfate were determined in the water samples. Total organic matter, total organic carbon and particle size were among the parameters analyzed in sediments. The parameters were within recommended limits except for biochemical oxygen demand and chemical oxygen demand which were more than the recommended limit of 10 mg/L and 30 mg/L respectively. The total organic matter and the total organic carbon in the sediment samples were between 1.56±0.27 – 2.85±0.20 % and 0.13±0.03 – 0.96±0.03 % respectively. The particle size was in the following order: sand > silt > clay. The results of this study confirmed the presence of high organic and inorganic matter in the dam from non-point pollution sources occasioned by storm water from poorly planned settlements around the dam and runoffs from agricultural practices

OCCURRENCE OF MICROPLASTICS IN SURFACE SEDIMENTS OF BEACHES IN LAGOS, NIGERIA

This study investigated the occurrence and abundance of microplastics in surface sediments from four beaches in Lagos State, Nigeria. The beaches are Alpha, Oniru, Eleko and Lekki. Microplastics were taken from the sediments by floatation method. The number of microplastics in 50 g of dry sediment were counted with a photo microscope and results were as follows: Eleko (170 ± 21 items), Lekki (141 ± 36 items), Alpha (133 ± 16 items), and Oniru (121 ± 38 items). Fragments dominated among the microplastics found in the beaches while three polymers; polypropylene (PP), polyethylene (PE) and polystyrene (PS) were identified using Fourier transform infrared spectroscopy (FTIR). This study serves as baseline for further investigations on the occurrence of microplastics in the Nigerian coastal environment.