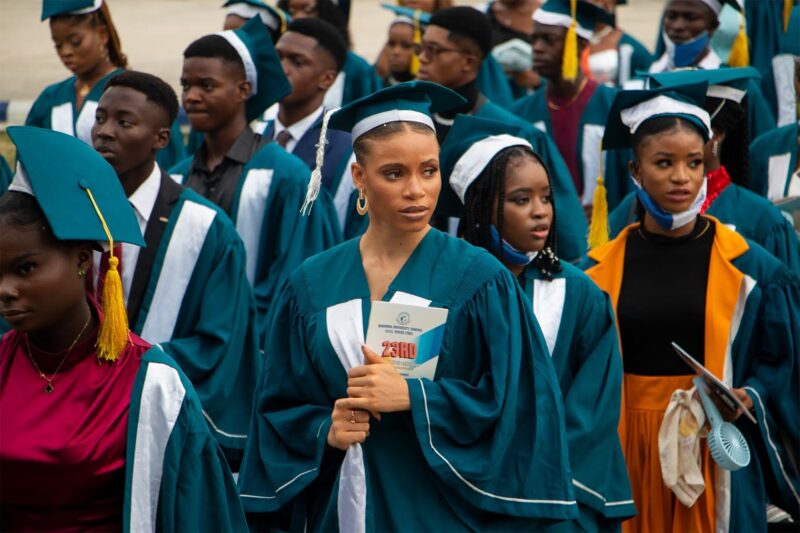 The Vice-Chancellor of the University in the person of Professor Uchenna Casmir Anyanwu, was the first to step up to the podium to deliver the matriculation address.

After the Vice-Chancellor’s address, the Registrar of the university, Mr. J. M. U. Omeje, invited the Deans of various Faculties to present the matriculating students of their Faculty.

The event was colourful, the students exhibited maturity in their approach to the event, the parents were courteous and the matriculants resplendent in their matriculation gown.

Among the dignitaries that graced the occasion were Sir Peterson Nwosu, Chairman Board of Trustees, Madonna University, Nigeria, Engr. (Chief) Akogwu D. Ugo (parent), among others.

Judging from the number of parents and visitors who graced the occasion, one can easily conclude that the 23rd matriculation ceremony of Madonna University, Nigeria, lived up to expectations and adjudged the best in recent years.